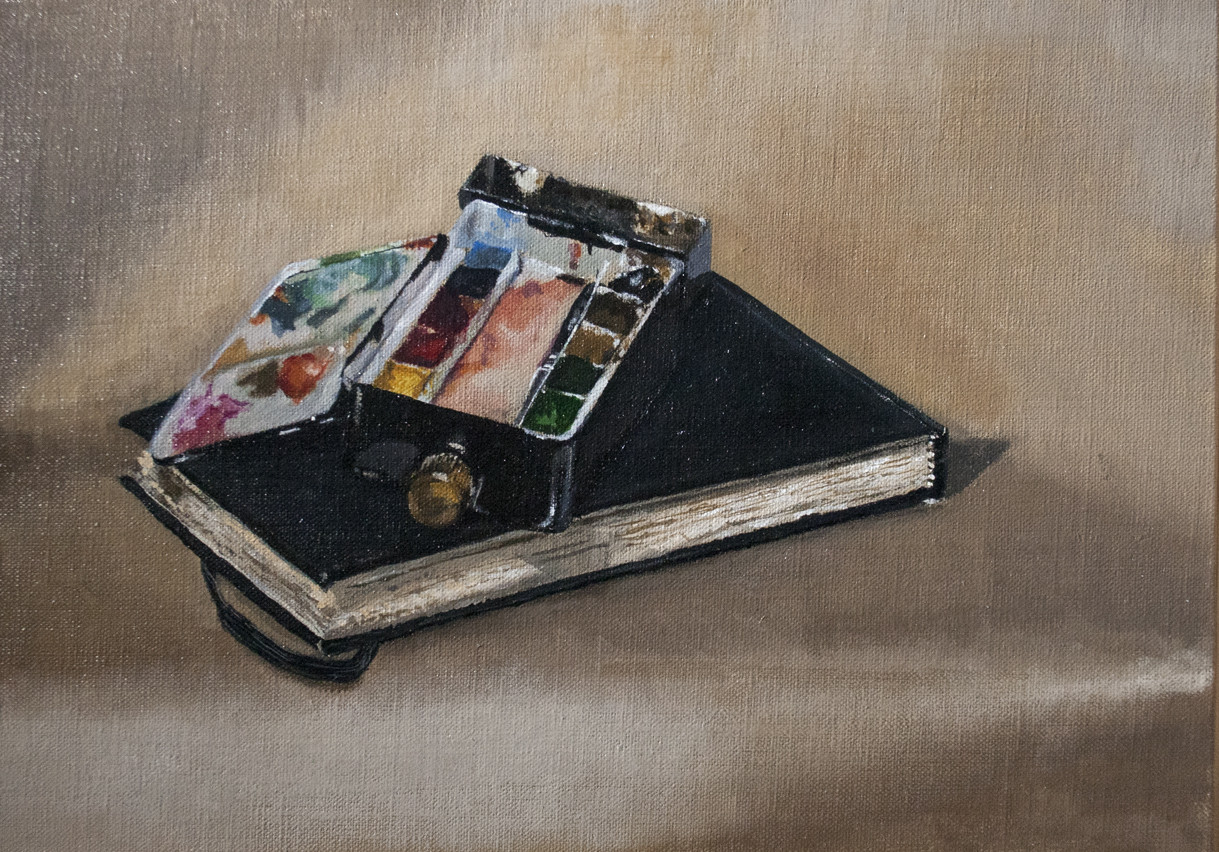 Indeed! Clearly, studying during pelvic pain hell was worth it and not just for sanity’s sake.

Thank you Jeff Makin for your wonderful tuition (and your great selection of objects!).

Artist’s Journal and Palette has been selected as a finalist piece for the 2012 AME Bale Art Prize in the medium of oils and/or acrylics.
10″ x 14″, oil on canvas panel. Not for sale.

1-16 December 2012: Exhibition open to the public. More details on the City of Glen Eira website.

A.M.E. Bale was born in Melbourne in 1875 and studied art under Frederick McCubbin and L Bernard Hall at the National Gallery Art School in Melbourne. She developed a reputation as a fine artist who distinguished herself particularly as one of Australia’s pre-eminent flower and still life painters of the early 20th Century. Today she is represented in a number of major state and regional art galleries. Miss Bale was the founding secretary of the Twenty Melbourne Painters Society, a position that she held until her death in 1955. She established the A.M.E. Bale Travelling Scholarship and Art Prize through her will to support Australian artists in perpetuity.Oil on canvas panel. 10″ x 14″. Not for sale.

Today, the tradition of A.M.E. Bale’s relationship with Twenty Melbourne Painters Society is continued through the judging panel for the Art Prize. The judging panel is comprised through the Society and provides expert assistance to the trustee in judging the award, taking into consideration the implementation of both the spirit and letter of Miss Bale’s will.

More details on the City of Glen Eira website